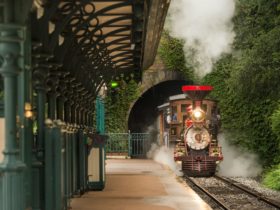 Nov. 17-18, the employee-volunteers of Disneyland Paris prepared more than 4,000 toys for non-profits and delivered 27 pallets of food to the Secours Populaire.

The Disney VoluntEARS’ actions to bring Disney magic to those in need continue this month, with the employee-volunteers donating their time to prepare and deliver essential supplies to non-profits throughout the region.

For the last two days, Disney VoluntEARS have been busy preparing more than 4,000 Marvel super hero toys to be delivered by local non-profits associations as Christmas presents to children in need. Members of Disneyland Paris’s leadership team came to lend a hand, including Natacha Rafalski, President of the company. “It’s so moving to see all this generosity and enthusiasm from our cast members,” said Natacha. “The comfort and moments of happiness they bring to the families in need are all the more important right now.”

Meanwhile, more than 27 pallets of excess food – enough to fill a 38-ton truck – were donated to the Secours Populaire de Meaux, following multiple donations already redistributed since the end of October. These actions are part of Disneyland Paris’s approach to social responsibility, in place since its opening in 1992 and especially during these unprecedented times to support non-profits and local authorities working with children and families. Since March, Disneyland Paris has made more than 6 million euros in in-kind donations.