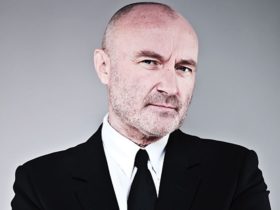 Between 2016 and 2017, Disneyland Paris is preparing to celebrate 25 years of magic and dreams and beyond. The park teams are carrying out numerous renovations and reimagining certain attractions. On April 12, 2017, one of the biggest events in the history of the tourist destination will take place. In the wake of the celebrations, the re-enchantment plan is ongoing on many infrastructures.

During 2016, it is not the drought that hits Rivers of the Far West but the historical rehabilitation of Big Thunder Mountain, its mountain and its surroundings offering us impressive images. This major renovation will run from 2 November 2015 to 16 December 2016 inclusive.

The programme is particularly busy: technological update, complete renovation of the set elements including the famous mountain, return of the geysers and most of the original special effects, complete cleaning of the river and addition of some new features such as a final explosion using projections and smoke.

In terms of entertainment, 2016 marks the third and final edition of Swing Into Spring season at Disneyland Park. The colourful floral designs illuminate the Central Plaza flowerbeds from above.

East of here, Star Tours has already begun its transformation following its closure on the evening of 16 March. The modernisation of the attraction means that space flights will be suspended until March 2017. The X-wing, which was historically installed near the entrance in a combat position, will be placed on the former shop. Star Traders is now a photo opportunity with Darth Vader.

Disneyland Paris, 25 years and beyond! A programme of exceptional events completes the panoply of new shows and reinvented attractions. For example, one year after the closure of its final version, the Star Wars attraction in Discoveryland becomes Star Tours: The Adventure Continues. The experience offers a multitude of new scenarios in a now three-dimensional adventure.

That same year, The Chaparral Theater hosted the final editions of Frozen Sing-along (until early 2018) and The Forest of Enchantment: A Disney Musical Adventure. They will be the last two shows to be performed here. The venue will then be demolished and rebuilt from scratch.

On 27 February 2018, Robert A. Iger, then Chairman and CEO of The Walt Disney Company, announced a €2 billion multi-year development plan for Disneyland Paris. This new expansion plan includes a transformation of Walt Disney Studios Park, including three new themed areas dedicated to Marvel, Frozen and Star Wars, as well as several new attractions and shows.

The Chapparal Theater (1993-2017) is no more. Emblematic shows have followed one another at Disneyland Paris, including Mickey’s Winter Wonderland or Tarzan: The Encounter.

On the aerial images of 2018, the major change in Sector IV of Marne-la-Vallée concerns the delivery of the Villages Nature Paris tourist complex. After three years of work, this titanic project, jointly supported by the Euro Disney and Pierre et Vacances groups, has been unveiled to visitors since 1 September 2017.

In a few numbers, the site includes, in phase 1, 16 acres of recreational facilities, 868 cottages and flats and 5 recreational universes: a farm, extraordinary gardens, Forest of Legends, lake promenade and the emblematic Aqualagon heated all year round to 30° thanks to geothermal energy.

On the evening of January 6, 2019, Disney’s Hotel New-York closes its doors to make way for a new superhero theme. Numerous fences are erected to mark the perimeter of the construction site that is beginning. The first changes to the exterior appearance (entrance, colours, etc.) are visible.

In the course of the year, the first preparatory work for the arrival of the Cars Road Trip attraction began. A breakthrough is made in the woods where the new station will be located. The former Studio Tram Tour: Behind The Magic experience will close on 5 January 2020 in preparation for this transformation.

On June 30, 2019, the new Frontierland Theater hosts The Lion King: Rhythms of the Pride Lands. Its complete partitioning offers far greater comfort than before. The installation of the latest equipment makes it one of the finest entertainment venues in the destination.

The passing of the 25-year anniversary of Disneyland Paris opens the way to new ambitions for the 30th anniversary in 2022 and beyond. Unfortunately, the worldwide Covid-19 pandemic will largely disrupt the plans.

Read more about this journey through time soon and find the previous article from 2004 to 2014 here.