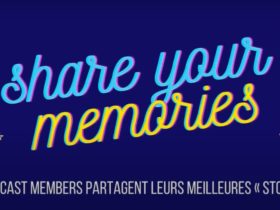 At Disneyland Paris, fostering a culture of diversity and inclusion is one of our core priorities and an inherent focus in our everyday operations at all levels of the company. It is a driving force in our organization and has led to a number of initiatives for our cast members, including our first-ever Allies for Diversity Week happening right now!

Allies for Diversity Week was created to encourage cast at every level to engage in conversation about diversity and inclusion and to take an active role in building an inclusive environment each and every day. As an ally, cast are asked to stand up for equality for everyone without distinction, while being aware of and honoring the differences of each individual. The inspiring series of digital events created exclusively for cast members is just one of many ways that Disneyland Paris continues to bolster its culture of empowerment and action.

Cast have the chance to hear from leaders at the resort and in other areas of The Walt Disney Company, as well as champions of diversity outside the company, to explore what diversity means to them both personally and professionally and become advocates in their own lives.

Allies for Diversity Week joins existing actions like Disneyland Paris’s annual cast member conferences dedicated to gender equality and diversity, in addition to cast-driven resource groups and committees which work year-round to identify and promote positive actions large and small across the resort.