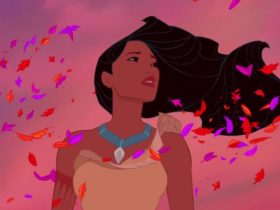 At Disneyland Paris, all means of transportation can be found, from horse-drawn trams to spaceships. Amongst them, cars hold a prime spot. Let’s take a moment to look at some of the most iconic cars featured at Walt Disney Studios Park.

One heck of a ride

Until January 2020, guests could also see cars from famous films like The Rock (1996), Con Air (1997) and Runaway Bride (1999) up close aboard Studio Tram Tour – Behind the Magic. They had the opportunity to discover the van belonging to Cruella’s henchmen in 101 Dalmatians (1996) and the London taxi covered in dalmatian spots in her nightmare, as well as the impressive Panther from 102 Dalmatians (2000). In 2008, Cruella made a spectacular entrance driving down Hollywood Boulevard in a stunning Cadillac “DeVille” dating back to the early 1950s, also covered in spots, in the show “Cruella D’Enfer en double file.”

Fortunately, many other stars are less demanding. As such, Herbie “the Love Bug,” which has known tremendous success since 1968 on the small screen and in movie theaters, is being well looked after at the Legends of Hollywood gas station. Up until 2011, it appeared in Moteurs… Action! Stunt Show Spectacular during a photo shoot sequence and even performed a stunt.

Did you say Pixar?

At Pixar, the word “cars” is synonymous with animated films. The desert town of Radiator Springs comes to life at Cars Quatre Roues Rallye, where young drivers are invited to practice controlled skids, just like Lightning McQueen in the 2006 animated classic. The ride vehicles – race cars designed for the youngest – were imagined by Disney Imagineers and Pixar Animation Studios artists with the dazzling style of the 1950s in mind.

The numerous props used in the attractions are particularly exciting. Among them, the car hoods displayed in the window of Ramon’s House of Body Art are reminiscent of those seen in the original animated film. Visible from the outside, the one with flames and the one with “Radiator Springs” written in Gothic letters come from a 1949 Mercury and a 1968/69 Chevrolet Chevelle, respectively. Next to the queue, the one covered in feather patterns comes from a 1966 Cadillac.

But all Pixar cars do not come from the film Cars. In the attraction RC Racer, the character of RC Car – the remote-control toy from Toy Story – is the star. Andy loves mixing different toys and worlds, so he takes elements from his Hot Wheels® circuit to create a “half pipe,” U-shaped structure used in winter sports. And RC loves his new toy so much that when Andy isn’t around he invites guests aboard to share in the fun at Toy Story Playland!

The ride vehicle slightly differs from the film as it can welcome up to 20 passengers across five rows, but everything else is just like in the film, whether it be the stickers or the sound of the engine. This will make you want to pretend you are a toy, ready to play with RC, Buzz and Woody “to infinity and beyond!”