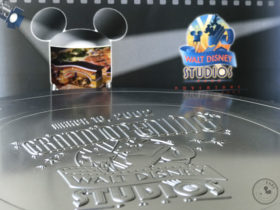 From our archives (Ep 5)

There are many stories about the origins of Disneyland. One of them reports that in the early 1950s, Walt Disney had the intention of opening a part of his studios to visitors, transporting them aboard a model steam train. This idea evolved into an amusement park that was to be located right next to the Studios, on the other side of Riverside Drive, before becoming Disneyland Resort.

When considering the construction of a second park at Disneyland Paris, it was natural for the Imagineers to think about a theme based on the movie studios.

Before opening to the public the following day, Walt Disney Studios Park was inaugurated on March 15, 2002, with some 5,000 Guests, press, celebrities and icons of international cinema, at a party worthy of the greatest Hollywood galas.