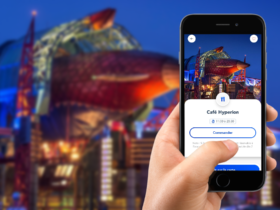 From the pioneers of Fort Comstock to the peaceful lands of Cottonwood Creek Ranch, Frontierland is a tribute to the conquest of the West and the gold rush as the legend and Hollywood portray. Let’s take a look at the films that inspired the making of Frontierland…

The unique atmosphere of Frontierland is a finely crafted blend of reality and imagination. Direct from the states, Jeff Burke and his team of Imagineers have captured the sublime landscapes of the American West, from Monument Valley to New Mexico, travelling and photographing extensively during a memorable exploration tour through the Old West. They also dove into the authentic history of conquering the West and the gold rush, and references to all this can still be found today in the Land’s topography, vegetation and numerous decorative objects.

As for the imaginary, it comes from the countless westerns produced by Hollywood. They have given new life to these mythical places and events of the past. Towns of Pioneers or gold diggers, trains and steamboats, ranches lost in the middle of the plains, all the decor made by the goldsmiths from the Hollywood’s factory of dreams… the precious references for the creators of Thunder Mesa, Frontierland’s small mining community.

It goes without saying that the Imagineers watched the movies from Walt Disney Studios, starting with Davy Crockett and the River Pirates (1956), where the famous trapper confronts the legendary Mike Fink in a frantic race on the Ohio River. This river adventure inspired the setting of Rivers of the Far West as well as two former attractions, River Rogue Keelboats and Indian Canoes. They allowed for cruising leisurely in a traditional keelboat or canoe around Big Thunder Mountain, with one pier at Smugglers’ Cove and the other at the present Frontierland Playground.

Another Disney film that served as inspiration for Frontierland was The Adventures of Bullwhip Griffin (1967), a comedy western in which two orphans and their butler (the notorious Bullwhip Griffin) are forced to leave their home in Boston and smuggle themselves to San Francisco where the gold rush has just begun. After many adventures, our three heroes find themselves in a saloon called… The Lucky Nugget. A song was even written for the occasion by the Sherman brothers, ” The Girls of San Francisco “, which also mentioned this saloon. The Lucky Nugget, Thunder Mesa’s main entertainment place, was thus, so named!

But Frontierland’s film references are not limited to Disney productions. Jeff Burke suggested that his team view four particularly emblematic westerns that could be used as a basis for imagining Thunder Mesa and its surroundings.

The first of these is none other than How the West was Won (1962), a mythical movie that speaks of the destiny of a family of pioneers through five epic scenes between 1839 and 1889. There were many elements taken from the film’s history and geography for Frontierland, from the Gold Rush in Monument Valley to the breath-taking landscapes that inspired Big Thunder Mountain.

The Shootist (1976) was John Wayne’s last film. Shot in Carson City, famous for its silver mines, it tells the story of the last days of a trigger-happy gunslinger who retired to a boarding house. It was this very boarding house that inspired the Imagineers to build Cottonwood Creek Ranch and Cowboy Cookout Barbecue.

Tombstone (1993) traces the events leading up to the famous O.K. Corral shooting involving the Earp brothers and Doc Holliday. The film sets particularly impressed Frontierland’s designers, be it the aesthetics of the buildings on the main street, the interior decorations, or the landscapes. The film was shot not far from the real city of Tombstone, at the Old Tucson Studios, known to have been the setting for many Westerns. Jeff Burke spent three days there to study and take photos of these sets from every angle, especially those of the famous “Oriental Saloon” which served as the basis for the decoration of the Lucky Nugget.

The fourth but not least important film: Silverado (1985) by Lawrence Kasdan (The Empire Strikes Back and Raiders of the Lost Ark Screenwriter), the story of four adventurers who decide to join forces to defend a small town from being exploited by a rich landowner. The film was shot in New Mexico in settings (notably the main street of Silverado) that very precisely replicate the small-town architecture in the West at that time. They gave inspiration to the Imagineers to design some of the facades of Thunder Mesa, including the Silver Spur Steakhouse.

The music from this film, composed by Bruce Broughton (The Timekeeper/Visionarium, Honey I Shrunk the Audience, CinéMagique, The Resuers Down Under), was nominated for an Oscar and it was while listening to it that Jeff Burke had the idea of using it as background music for the Land. He proposed it to Glenn Barker, Media Designer at Walt Disney Imagineering, who encouraged him to do even more. Indeed, from High Noon to Return of the Magnificent Seven to The Good, the Bad and the Ugly, just a few notes are all it takes to transport listeners into the world of these films they know and love. In an instant, they themselves become pioneers, cowboys and cowgirls… Let the adventure begin!

The process proved so effective that other parks were inspired by it and soon enough, similar background music from the Far West, could be heard in Frontierland in California and in Florida.

For the record, in addition to these four emblematic films, every Imagineer team member brought his or her own references. For Designer and Decorator John Patrick “Pat” Burke, it was the film McCabe & Mrs. Miller (1971), whose plot takes place in 1902 in a small mining town lost in the mountains of the far north-eastern State of Washington, USA. In this harsh environment, the only means of transporting materials and equipment is a steam tractor (appearing several times in the film) and as “Pat” crossed America in search of props for Frontierland, the Imagineer made a point of getting his hands on one. He discovered it on a farm in Missouri, nearly forgotten by its owners, and today of course, we find it at the exit of Big Thunder Mountain, right next to Rose’s Blacksmithing in Thunder Mesa.

If Hollywood filmmakers have been inspired by authentic landscapes and reality to create their fictions, this time it is the fiction that allowed Imagineers to reconnect with reality and preserve a mining heritage that was disappearing. This is also the magic of Frontierland!