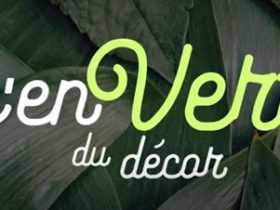 This Saturday, at the Destination D23 event at the Walt Disney World Resort in Florida, Disney Parks Experiences and Products President Josh D’Amaro showed a first look at the 30th anniversary celebrations of Disneyland Paris and unveiled exciting news on the highly anticipated opening of Avengers Campus, which will land Summer 2022 in Walt Disney Studios Park.

The celebrations for the 30th Anniversary of Disneyland Paris will begin in a few months, from March 6, 2022. To mark this historic milestone and continue to inspire and delight our guests, the magic will shine brightly. As our creative teams are hard at work to prepare for the festivities, Josh D’Amaro shared some new details and images of what we’re planning.

During the special presentation, Fans enjoyed a first look at how Main Street, U.S.A. and the Disney characters will be decked out for the celebration… with a special focus on Mickey’s new 30th Anniversary look.

Our newly refurbished Sleeping Beauty Castle will serve as an incredible backdrop for a new limited time show on the Hub.

“We’re also very excited to bring back some of our Guests’ favorite classic shows and parades – such as “Disney Stars on Parade” and “Disney Illuminations” – just in time for our anniversary.

We’re also pushing the boundaries of creativity and storytelling as we plan for Avenger’s Campus at Walt Disney Studios Park.  Josh D’Amaro confirmed to an excited audience of fans that Avengers Campus will open next year during the 30th anniversary – in Summer 2022! Here is an updated look at how the construction site is moving along, with more details appearing every day.