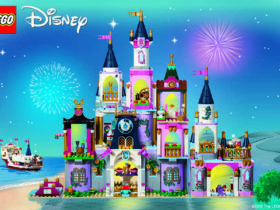 Episode 1 and 2: The Woman in Latex

These two episodes follow the story of a new couple and their daughter who return to the house of horror in season 1 of “American Horror Story”. The first two episodes are the only ones to be presented as double episodes.

They are pleasant to watch as we find the universe we knew in season 1 of the original series. We really go back to the roots of the series. These two episodes will make many people nostalgic.

Nevertheless, the story remains rather thin and the scenario too simplistic. It doesn’t have the same dynamic as season 1 of “American Horror Story”.

This episode tells the story of a group of teenagers who go to see a film that has been banned. During the screening, the spectators present go completely crazy and start killing everyone in their path.

In this episode, the script is really well done. The story told makes you want to know more and uses real references. In particular with the subliminal images that are mentioned during the episode. I think this subject was interesting and could perhaps have been explained.

However, the ending is still too simple. The story could have been developed a bit more and it’s a pity that we don’t know more about it. For example, I would have liked to know more about the forbidden film that was shown. What were the real intentions of the director? If there was a scientific purpose behind it, what was it?

In this episode, we follow the lives of a group of young influencers, who after posting a problematic video get into trouble with a supermarket “Santa”. The Santa is actually a killer and will break into the house to kill the kids.

In my opinion, this episode didn’t really make sense. It’s just a massacre by a crazy Father Christmas who comes to get revenge on kids who played with fire. There’s no tangible story, the kids get killed and that’s it. There is no plot, no suspense. After a few minutes of viewing, it is clear that the kids are all going to die.

In this episode, we follow the story of a woman who will do anything to get pregnant. She is given a statuette to place under her bed so that a miracle will happen. However, not everything goes according to plan as the statuette is actually an evil object.

For me, this episode has a real potential but the final fall is completely disappointing. We actually learn that no evil manifestation took place and that everything was set up by the young woman’s husband.

There is, however, the demon who takes revenge on the family afterwards, but this does not make the ending any more satisfying.

A family goes camping in the forest with their young child. After a game of hide and seek, the child disappears. The story continues a few years later and the two parents decide to return to the forest where their child disappeared.
There they learn that cannibalistic creatures live in the national park and that their child has in fact been kidnapped by one of them.

As with some of the previous episodes, the story is quite well constructed at first. However, as the story progresses, it soon becomes disappointing. The script is again sloppy and there is a real lack of time for the plot to settle properly.

The parents find themselves surrounded by the cannibal creatures and face their leader who happens to be their missing son. The latter gives the order to eat them and so the episode ends. I was really disappointed with the ending which was really rushed.

A mother sets out to create a video game about the “American Horror Story” series. We follow the story with her son testing the game.

This episode is a real tribute to the original series. We find again the universe of season 1 and a possibility of a real end for the horror house is proposed. Indeed, the house catches fire and all the ghosts trapped in the house are released and a new house is rebuilt by a property developer.

The story itself is not the craziest, but it does pay real homage to the series.

In short, this series is perfect to watch if you liked the series “American Horror Story” and you want to pass the time while waiting for a new season. However, you should not expect to find the same thing and the same atmosphere as in the original series because otherwise, you may be disappointed.
Indeed, as said above in the reviews of each episode, the plots are very often promising but fall back as quickly as they arrived.
I think it’s a shame that they didn’t try to push the story a bit more, even if it meant making the episodes a bit longer.

It’s still a very good series that I enjoyed as a whole. It still has its little effect but it never gives us the same thrills as the original series.