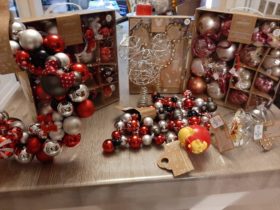 After Doctor Strange In The Multiverse of Madness released in May, it’s time for Thor: Love and Thunder to hit theaters on July 13, 2022. One thing is for sure: Marvel Studios has bet on humor for this last movie.

Don’t worry: we debrief on the movie but without spoilers!

While Thor is on a quest for inner peace, his retirement takes a new turn when Gorr, the butcher, seeks the extinction of all the Gods. While on a mission with the Guardians of the Galaxy, he returns to New Asgard with Korg to find Valkyrie. It is then that he discovers that his ex-girlfriend Jane Foster wields the Mjolnir better than anyone. Together, they embark on a wild adventure to stop Gorr before it’s too late.

The new Marvel opus is directed by Taika Waititi who had previously directed Thor: Ragnarok. The director brings a breath of fresh air with this new opus.

Unlike the last Doctor Strange movie which was a dark movie, Thor: Love and Thunder has humor from the beginning to the end of the movie.

We discover a Thor like no other and a new facet of this famous god of thunder.

The confrontation scenes and the special effects are spectacular and particularly well done.

We find the iconic duo Chris Hemsworth/Natalie Portman or Thor and Mighty Thor. That, we like a lot. Natalie Portman brings another dimension to her character and we discover another Jane Foster.

Christian Bale makes his appearance in the MCU as Gorr the Butcher of the Gods, a scary but also endearing character. The actor delivers an amazing performance.

The little extra that makes us happy and also makes us laugh is the casting of the Guardians of the Galaxy.

Russel Crowe appears on screen in the role of Zeus, short presence and quickly overshadowed by Chris Hemsworth.

Thor: Love and Thunder has a very nice cast.

We will not hide it, it is not the plot of the year. Apart from the humor, the main line of the film remains rather vague. We understand that the theme is the family.

Unlike Spider-Man and Doctor Strange, which are inserted into Phase IV of the MCU with a certain chronology, Thor: Love and Thunder can be watched on its own.

To sum up, it seems that Thor: Love and Thunder is just sitting there in the MCU Phase IV with a rather vague guideline. With Doctor Strange and Spider-Man released earlier this year, we knew where we were going. Here in this last movie we are more lost.

Don’t get me wrong, this is still a Marvel movie with a lot of humor, fight scenes and special effects that only the MCU has the secret to.

More reading with the Marvel movie timeline and the opening of Avengers Campus.