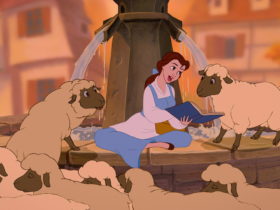 Her real name is Natalia Romanova. Natasha Romanoff was the first pseudonym she used as a Russian spy