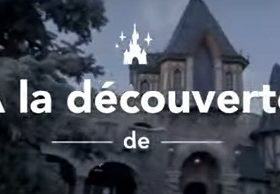 Anyone who has seen Disney Pictures animated films Mulan (1998) or Mulan II (2004) or the live-action remake Mulan (2020) knows that Disney has created a very special female character with Mulan. She became the eighth Disney princess and the first who was not born royal or married to a prince and, moreover, the first of Asian descent.

Mulan was created by author Robert D. San Souci and is based on the legendary Chinese warrior Hua Mulan from the poem „Ballad of Mulan“ . The only child of an ageing war veteran, Mulan flouts both tradition and the law by disguising herself as a man to enlist in the army in place of her weak father. Intrigued by Hua Mulan’s story, San Souci suggested the poem to Disney; the studio commissioned San Souci himself to write the film’s treatment and story . Disney had originally conceived Mulan as a repressed young Chinese woman who eventually escapes to Europe to be with a British prince. However, director Tony Bancroft , who was inspired by his own daughters, wanted Mulan to be a different, unique kind of Disney heroine – a strong and independent woman whose fate did not depend on a man. So they didn’t focus on the relationship between Mulan and Captain Li Shang, but rather on Mulan’s bravery and strength.

Mulan is a 16-year-old girl with dark brown eyes and straight, black long hair and the only child of Fa Zhou, a former war veteran, and Fa Li. At first, Mulan tries to fit in with the expecations of a young Chinese girl of that time. She meets the matchmaker to find her future husband. Due to her clumsiness, however, this meeting turns out to be a disaster and the matchmaker predicts that Mulan may have the look of a bride but will never bring honour to her family.

Shortly after, the Chinese Emperor’s counselor, Chi-Fu, arrives in her village to announce that the deadly Huns, led by Shan Yu, have invaded China and that one man in every family must serve in the war. Despite her protests, her father says that he will go in spite of his age and old war wounds. Mulan decides to go in his place posing as a man, cutting her long hair with a sword, stealing her father’s armor and riding away on her horse, Khan, so she will keep her father from risking his life.

Though Mulan fails the army training at first, she uses her intelligence and becomes the first soldier to solve a puzzle set by Li Shang, her unit’s commanding officer.

Afterward, she rapidly progresses to become one of the best soldiers in the unit. Even though this role suits Mulan much better, she is still forced to hide her gender.

After the Chinese Army, led by Shang’s father General Li, has been completely destroyed by the Huns, Shang leads Mulan and the other soldiers to stop them. Despite the unit being outnumbered, Mulan is able to defeat the Huns by using her intelligence and crushing the hun in an avalanche by way of a rocket. She sustains an injury from Shan-Yu, which in the end reveals her true gender. She is spared death, the punishment for a woman joining the army, as Shang’s way of repaying the debt from Mulan rescuing him during the previous battle.

Mulan is left behind by the army and prepares to return home. However, she discovers that Shan-Yu and his five generals have survived and are heading towards the Imperial City. Mulan attempts to warn Shang, but she is ignored once again. However Shang, Yao, Ling, and Chien Po join her in a rescue attempt. They dressed up as concubines and take out the Hun guards, allowing Shang to reach Shan Yu and the emperor. Yao, Ling, and Chein Po escape with the Emperor, but Mulan remains behind after Shang is knocked out by Shan Yu.

She reveals herself as the soldier who took down the Huns to save Shang. In a battle in which Mulan uses her creativity and intelligence, she defeats Shan Yu, presumably killing him.

In the end Mulan is confronted by the Emperor with her breaches of law, having heard about them from Chi Fu. At the same time, he acknowledges that she saved China and bows to her out of respect. His gesture results in all the gathered people bowing as well. The Emperor first offers Mulan a council position then a job as consul, which Mulan refuses both. The Emperor instead gifts her with his personal crest and Shan Yu’s sword. Mulan returns home and is able to reconcile with her father. The end of the film shows Mulan inviting Shang, who had followed Mulan under the guise of returning her helmet, to dinner.

Her courage, intelligence, and determination helped Mulan through her adventures of defeating the Hun Army. She is the heroine who shows us that we don’t have to bow to predefined gender roles, but trust ourselves to bring out the best in ourselves and reach our goals.