The Santa Clauses – The Synopsis

The Santa Clauses takes a big hint from the original movies, adding another chapter to the North Pole story. The original movie The Santa Clause was written by Leo Benvenuti and Steve Rudnick in the early 1990s. Released in 1994, the Christmas comedy stars stand-up comedian Tim Allen as a divorced dad who accidentally causes Santa’s demise.

Thanks to a legal clause (and a magical one) he now has to take on the job of Saint Nicholas. But don’t worry, head elf Bernard and the team are prepared to make sure Christmas runs according to plan.

In the second film, Scott Calvin learns that he needs to find a wife for the role of Mrs Claus.

Now fast forward to 2022, and Scott Calvin’s kids are teenagers who have grown up at the North Pole. Like a lot of people, Santa is wondering if life at the workshop is coming at the expense of quality family time. And maybe the Calvins are missing out on life in the everyday world.

The solution? Start recruiting for the most magical job in town!

So Scott approaches an entrepreneur with a young daughter of his own, in the hope that he can take over the suit and sleigh. Does it all go to plan? What do you think…

Which original characters are returning for The Santa Clauses, and who is new to the North Pole? Let’s find out. At the North Pole, we meet a new cast of elves who have to contend with an unhappy Father Christmas – but they make the best of it and find solutions, as always. But look out for familiar faces too!

Tim Allen of course returns as Scott Calvin, alias Santa Claus – and Elizabeth Mitchell also returns as Carol Calvin. She joined the movie series as Scott’s son Charlie’s school principal, and it turned out she was just the right match for Scott – and for the role of Mrs Claus.

Scott’s eldest son, Charlie, is played by Eric Lloyd who appeared in the original movie series. Look out for his cameo! We also meet Scott and Carol’s kids, who have adapted all too well to their magical lifestyle – even if they long for high school and all the everyday things we take for granted. Son Cal is played by Austin Kane, while daughter Sandra is played by Tim Allen’s real life daughter, Elizabeth Allen-Dick.

All About The Santa Clauses

There are some new additions, as we get to meet the new elves running Santa’s workshop, and we get to see more of everyday life at the North Pole.

One of the biggest changes from the original series is that Mr and Mrs Claus now have two high school aged children. There are some nice hints at continuity here, with plenty of details for fans to pick up on – from catching up with the older kids to finding out more about the mechanics of the world of The Santa Clause.

Critical reception of the series has been mixed, but in honesty, this series is good fun. It’s close to the spirit and plot of the original movies, following the same format by adding another clause to the famous card. The world feels very similar to the one we were shown in those movies too – some updates, but nothing jarring.

And it strikes a lot of the same notes we can all identify with, like good-natured family bickering or work-life balance. There are some nice reflections of the meaning of the holiday season from the perspective of the man who runs Christmas. And of course, it’s all told with a laugh or two. 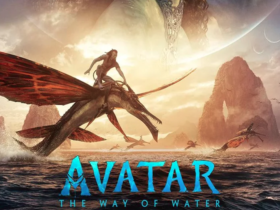 Humans, it’s time to get thawed out and go back to Pandora. Avatar The Way of Water is a 20th ...