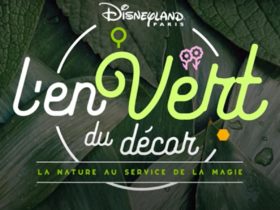 Following the opening of Cars ROAD TRIP earlier this summer, Disneyland Paris is introducing guests to Worlds of Pixar, a new name to encompass the growing number of Pixar attractions and experiences found in Walt Disney Studios Park.

Fans of all ages can immerse themselves in this colorful, family-friendly world featuring seven popular attractions such as Crush’s Coaster, Ratatouille: The Adventure and, of course, Cars ROAD TRIP. This includes a large part of the previously named Toon Studio, inviting guests to find friendship and adventures, meet favorite characters, and enjoy themed dining experiences like Bistrot Chez Remy and the new “Laugh ‘n’ Go!” food truck near Cars ROAD TRIP.

An immersive place full of energy

Beyond our popular attractions, this new immersive area will invite guests to experience three new photo opportunities and “Instagrammable” backdrops, and discover Pixar-inspired decorations as well as themed merchandise kiosks. New themed snacks and sweets such as Toy Story and Luca inspired shortbreads and exclusive Worlds of Pixar donuts and cupcakes will be on hand at four food kiosks, while the popular dessert, Remy’s chocolate and hazelnut éclair, will be offered at Bistrot chez Remy. Of course, guests will also be able to take a selfie with some of their favorite Pixar characters, and soon maybe even sight Lightning McQueen or The Incredibles roaming around the area!

Repositioning Toon Studio* and naming Worlds of Pixar as of August 27 is just one part of the ongoing Walt Disney Studios Park transformation, adding more immersion and showcasing recent Disney-Pixar storytelling and characters that guests know and love. This represents the first of four core zones that will exist in the Park, as development continues on new themed areas starting with Avengers Campus.