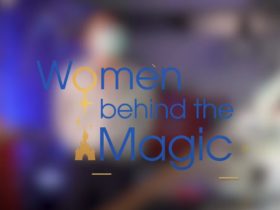 WOMEN BEHIND THE MAGIC ✨ – Maëva Arlandis, technical coordinator for the Animations workshop

Before discovering the interview, entitled “An AFOL Disneyland Fan“, that I had the chance to do with this LEGO and Disneyland enthusiast, which you can discover further on the site, I invite you to follow his journey…

Before the creation of his Disneybrick page, Guillaume fell in love with LEGO during the year 2000, when he commenced his first creations. His Disney project was born in 2012, and he became more widely known during his 24 different exhibitions throughout France, between 2015 and 2020!

That same year, he took part in the Lego Masters show where he won 3rd place and was the winner of the LEGO IDEAS competition, and saw his creation of the Earth Globe go on sale.

It’s not over yet! Check out my article entitled: “An AFOL Disneyland Fan“… 😄