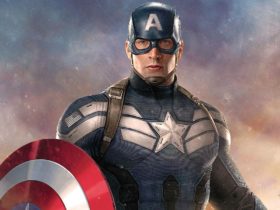 Claude Frollo was originally a character in Victor Hugo’s 1831 novel Notre-Dame de Paris. He was used in the writing of the Disney Studios animated film The Hunchback of Notre-Dame, released in 1996. Let’s have a look at the character in detail!

Claude Frollo is a rather old man, although he is supposed to be 36 years old in Victor Hugo’s novel. He has a wrinkled face and grey hair. His features are drawn and severe. They go hand in hand with his slim, lean figure. He wears a long black and plum robe, combined with a hat, which emphasises his role as a judge in medieval times. His rings also express the power of the institution he represents. His black shoes are simple and evoke the foals worn in the Middle Ages.

Frollo is a rather complex character. From the beginning of the film, he is presented as a cruel being, exercising his function beyond ethics and humanity. He is ready to sacrifice a newborn child by throwing it into a well, but is stopped by the archdeacon of the church.

From then on, the viewer realises that Frollo is bending over backwards in front of the power of God, embodied by the cathedral of Notre-Dame, a character in its own right in the animated film.

This ambivalence between power and weakness continues with his love for Esmerelda. Indeed, while he is on a mission to expel the gypsies from Paris, he cannot control his own feelings towards the young woman who embodies everything he hates. However, the song Hellfire proves that this love is not healthy. Frollo desires to possess Esmeralda in the same way that one would possess an object. Torn between what he thinks is his duty and his ‘amorous’ impulses, he nevertheless decides to burn the young woman at the stake, without any scruples.

He ends up fighting Quasimodo, his adopted son (the same one he wanted to drown 20 years earlier) in the heart of the cathedral. Losing his balance, he catches himself on a gargoyle that breaks loose and roars, a portent of what awaits him in the afterlife. It drags him through the void to a torrent of molten lava.

Appearances on the Disneyland Paris Park

Frollo is a character who is present in the park, especially on Halloween, when he can be seen. Watch out!