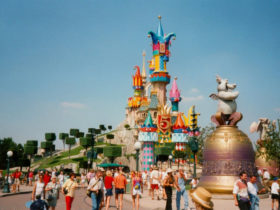 Lyrics – The year to be here – 5th anniversary of Disneyland Paris

Thanos is the main villain in Phase III of the Marvel Cinematic Universe, let’s discover his story and biography.

Fictional character and super-villain from the Marvel universe.

Let’s continue our tour of Marvel characters with Captain America and Iron Man.