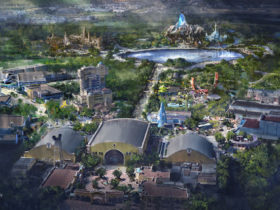 Iron Man, like Captain America, is an iconic character in the Marvel universe.

Anthony Stark is an American industrialist. He is the head of the company his father left him: he manufactures and sells weapons to the government.

Apart from his incredible intellectual faculties, he has no superpowers. His armour takes over this field! The armour’s equipment consists of:

Located in Manhattan, ten stories high and originally dedicated to the research and development of the Stark company, formerly known as Stark Tower, the Avengers Tower is a skyscraper complex in New York. Designed by Tony Stark, the tower was powered by an ARC reactor capable of running it on its own for over a year.

Following the dissolution of S.H.I.E.L.D. (Strategic Homeland Intervention Enforcement Logistics Division), Stark made the Tower the headquarters of the Avengers. However, after Ultron’s offensive, Stark refurbished a former Stark Industries warehouse in the New Avengers complex to serve as their main base. The Avengers tower was then dedicated to the use of Stark Industries. After the Avengers conflict, Stark sold it. He had the valuables in it repatriated.

Iron Man also spends a lot of time in vehicles, each more powerful than the last, in keeping with his daring side. The Audi brand remains the one he loves the most. He excels at driving some of the most fabulous models.

He drives an Audi R8 in the first film, an Audi R8 V10 Spyder in the second. We will also see him at the wheel of a prototype: the Audi E-Tron G, a model that sticks to his skin!