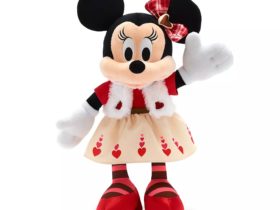 Released on March 23, 2022 on video-on-demand and on Disney+, the Eyes of Tammy Faye is a biopic directed by Michael Showalter. At the 94th Academy Awards, Jessica Chastain won the Oscar for Best Actress for her performance in the title role. The film also received awards for costume and make-up. After viewing, our opinion is somewhat mixed: interesting and effective, but a bit superficial. In the eyes of Tammy Faye in the eyes of ED92!

The film is a biopic about the life of Tammy Faye and her husband Jim Bakker. They were famous televangelists in the 1970s. Their success was due to their television programme The PTL Club, which was launched in 1974. In 1989, Jim Bakker was accused of financial malpractice, which led to serious problems. Tammy decided to pursue her goal at all costs.

The concept of televangelism, little known in France, is extremely popular in the United States. It involves religious people devoting a significant part of their ministry to regular television broadcasts.

The film is based on the documentary The Eyes of Tammy Faye, released in 2000. Tammy Faye was one of the first LGBT advocates in the United States in the late 1970s. In 2012, Jessica Chastain obtained the rights to the documentary and adapted it into a film in which she plays the lead role.

Michael Showalter aims to rehabilitate an iconic figure in the United States but still largely unknown in the rest of the world. To do this, he goes back to her childhood in order to treat the character in depth, beneath the glitter and the abundant make-up. Gagged and bullied from an early age, Tammy Faye comes across as a sincere and authentic character.

Underneath its Christian Betty Boop image, the film portrays a fierce and courageous woman who doesn’t let herself be defeated despite her deep loneliness. However, it is hard to wonder whether the treatment of the character is not a little watered down. Indeed, the film presents her as immaculate and light years away from her husband’s shenanigans. Tammy Faye is a priori driven only by her desire to pass on faith and the love of God to those around her. This naivety, taken to its extreme, can only appear suspicious…

Treatment of the main character: 4/5

The main characters, portrayed by Jessica Chastain and Andrew Garfield, are a brilliant duo. Jessica Chastain, unrecognizable under the make-up and facial prostheses, delivers a first-rate performance. She makes the character her own and embodies her perfectly.

Andrew Garfield, best known for his role as Spider-Man (The Amazing Spider-Man), appears here in the opposite role of Jim Bakker, Tammy’s husband. He brilliantly plays the antihero par excellence.

Performance of the actors: 4/5

Like all biopics of the moment, In the Eyes of Tammy Faye is no exception to the rule and remains very (too?) classic in its structure. It follows in a linear way the sequence of events, from a complicated childhood to the lightning start of success, to end with a fall, followed by a redemption. Nothing surprising, therefore, and it is easy to guess what will happen without even knowing the history of the character portrayed on screen.

The film chose to deal with a complex subject and a theme deeply rooted in American history. It would therefore have been nice to see some originality in the direction.

Controversial topics dealt with on the surface

The film deals with various strong themes such as religion, which sometimes shares a very fine line with the world of the cult, racism, homophobia and misappropriation of funds. However, all these themes are glimpsed from a distance and would have deserved a more thorough treatment. Indeed, fascinated by his heroine, Michael Showalter struggles to integrate into his story the elements that break the smooth shell of televangelism. These themes are unfortunately doomed to remain in orbit around the main character.

To conclude, the Eyes of Tammy Faye remains a good film that can be followed with interest. The immersion in this kitsch and hypocritical world is perfect: the flamboyance of the sets, costumes, make-up and acting marvellously recreate these still backward years. However, the direction remains very academic, even a tad boring. Moreover, the superficial treatment of the main themes makes this work an improved TV movie.