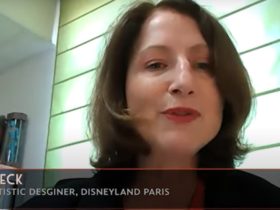 Do you love the macarons at Disneyland Paris as much as I do? There is no visit where I do not buy this sweet treat : Mickey macarons.

To make sure you can enjoy Disney food at home, here’s the ultimate macaron recipe. One bite and you fell like you’re in Paris itself.

Admittedly, macarons belong to the royal class of baking and not always succeed these sweet little bastards (as you can also see in my pics). Sometimes the surface is not smooth and has pores, sometimes macarons are more like cookies and not rised up properly but don’t be intimidated. After testing this recipe 6 times for this blog post, I can at least detail all the pitfalls and missteps for you to make it on the first try.

And even if you don’t, they usually taste great anyway.

Ingredients (for about 30 Mickey Macarons)