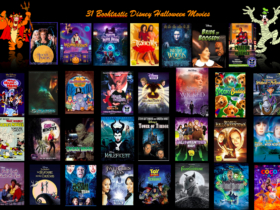 31 not so scary Halloween movies that you need to watch

The Disney world is spinning a little too fast for you and you’ve missed some news? Hakuna Matata! Worlds of Disney is here to give you the latest on Disney news from around the world! Settle in, it’s time to tour the globe without jet lag!

The year is off to a great start on Planet Disney: Worlds of Disney brings you all the new features on the horizon for the company’s 100th anniversary, desserts in the colours and likenesses of your favourite superheroes, haute cuisine and, last but not least, the secrets of the new season of Marvel Snap and the programme of upcoming Disney + releases.

TaDaDaDa!! TaDaDaDaDaDaDaDaDaDaDaaaaaa!! Happy New Year 2023 to all! A year that promises to be rich for the Disneytosphere (my new little 2023 launch special terms 😉 ) with the launch of the 100 years of the Disney Company. From January 27th (and that’s soon!!!), the Californian park will be decked out in platinum and will launch its festivities. A new show will make its debut on Sleeping Beauty’s castle, Wondrous Journeys, and the California Adventure park will see a new adaptation of its iconic show called World of Color – One.

For you, run lovers, you should know that the US parks: Disneyland Resort and Walt Disney World have just announced the dates and themes of their different runs. So put on your trainers, fly, rent a hotel, sleep and run! Go! GOOOOOOOOOOOOOOO!!

Last news to finish the column for the beginning of the year, Disney California Adventure, Shanghai Disneyland will celebrate the Chinese New Year from January 13th. This year will be the year of the Rabbit. So get your carrots!

That’s all for now but this year promises to be full of news from parks all over the world. Once again, a very happy new year to all and I leave you with Estelle.

🍽 A la carte around the world By Estelle

The new year means more and more treats, and that’s just as well, because Worlds of Disney is here to make you drool! Let’s take a look at what the gourmet planet has in store for us at the start of the year.

All aboard! Let’s go aboard the Disney Dream for the Marvel Day at Sea. Guests will have the chance to discover, or rather enjoy, treats featuring the superheroes!

Team Iron Man or Spider-Man? Let yourself be tempted by some very heroic cupcakes! Team Vanilla or chocolate? With Baby Groot 100% marshmallow and Marvel sandwich filled with dulce de leche, gourmets young and old will be happy…

In Florida, and more precisely in EPCOT, the EPCOT International Arts Festival takes place from 13 January to 20 February. In addition to music and art, this festival will celebrate cuisine. Visitors will be able to discover a real gastronomic walk!

For this festival, the chefs have created real works of art and take you on a culinary world tour! One thing is for sure, you might be surprised!

Staying with EPCOT, something new has arrived at Regal Eagle Smokehouse: Craft Drafts & Barbecue, the famous Muppet character, Sam the Eagle is available at the restaurant!

That’s it for today, now get your bank card ready because it might get hot!

Disney : king of the box office

The year ended well for our mouse!

It’s no surprise that Disney won the French box office in 2022. Indeed, Avatar: The Way of the Water came first in the rankings, and is currently continuing to make entries.
A good move for Disney, which however lost out to Top Gun Maverick at the world box office. Let’s wish Disney the best of luck in reaching the top of the charts in 2023.

And yes, I couldn’t do the first review of 2023 without talking about my favourite game.
The mobile app that lets you collect and play with Marvel cards has started its new season.

Dubbed “wild land“, this new season unfortunately repeats the shortcomings of the previous ones by offering beautiful cards… But for a much too high price!
The game, although excellent, struggles to find its business model. Indeed, the price/advantage ratio is far too high and many players do not appreciate this aspect.

We hope to see the offer expand or evolve quickly. The game does not hesitate to offer new features, so optimism is the order of the day at the beginning of the year! (and then, the game is fully playable without any obligation to pay 😉

On the card game side, we hope that 2023 will also be the occasion to know more about Lorcana. This alternative to Magic cards in the Disney universe had made a strong impression at D23, but has been discreet since… We can’t wait to know more.

Our favourite company’s streaming platform, Disney +, is entering a new market. After expanding its offer with the launch of Star, the company continues to diversify by welcoming major japanimation series on its platform.
After the long-awaited arrival of the new episodes of Bleach, this time it’s Tokyo Revengers that is coming…

But this is not done in an ideal way. While Tokyo Revengers season 2 is arriving, leaving season 1 aside, Bleach episodes are completely absent from the French catalogue. Rights issues make the arrival of anime on the platform difficult.
But let’s keep in mind that things are progressing. Season 2 of Tokyo Revengers will be released in simulcast, which means that it will be broadcast simultaneously with the other countries, which should delight those who have already watched the first season.

Our flight on Worlds of Disney is now over and you are back home. We hope you enjoyed your trip with us! Don’t miss our next issue for a new world tour of Disney news.

Pss! If you missed the previous issue, it’s here! 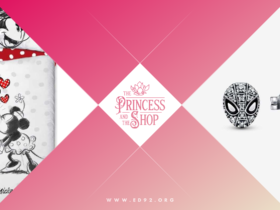 The Princess and The Shop #3

The Princess and The Shop #3