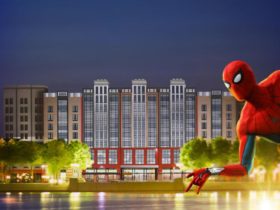 When you enter the park, it is sometimes difficult to know where to start. To help you, ED92 has put together the TOP 6 best attractions at Disneyland Paris. Follow the guide!

1 : Le Big Thunder Mountain : “Hold on to your hats and glasses!”

Present since the opening of the park in April 1992, Big Thunder Mountain is the must-see attraction of Disneyland Paris.

It’s a rollercoaster-type ride: visitors board small wagons pulled by a locomotive gone mad. Once the safety rules have been explained by a real Cow Boy, the adventure begins! In a wild ride, the train takes its passengers through the American Wild West and into the depths of the Ravenswood Mine. Waterfalls, explosions and speed are on the agenda… and it’s still just as exhilarating!

The attraction that brought the famous film saga to life is a must-see. In small boats, we immerse ourselves in the Caribbean of the 17th century, under permanent moonlight. No question of taking a holiday. Because our cruise is not a relaxing one! After narrowly escaping cannon fire, being threatened by the dreadful Captain Jones and participating in the drunken revelry of the pirates, our boat takes us to Jack Sparrow’s treasure!

After travelling on land and sailing on the sea, head for the stars! Attention thrill-seekers: this attraction, with its retro-futuristic decoration, is a rollercoaster-type ride with looping. Securely harnessed in our little ships, we take off immediately and are propelled through the universe at the speed of light. Our mission: to fight the Empire alongside the Rebel Alliance!

It’s time for a sweet break. Tucked away in a small corner of Fantasyland, across the river, Peter Pan’s Flight is one of the most popular attractions for Guests. Suspended boats take us on a journey through London and Neverland from high in the sky. A smooth and poetic ride that delights the most dreamy of us.

Without doubt one of the most terrifying attractions in Disneyland Studios. We are first invited into the lobby of the dilapidated-looking Hollywood Tower Hotel. Dust and cobwebs have invaded the space, once renowned for its glamour and elegance. Luggage left behind, a doll forgotten on the sofa and a game of cards hanging in the air for eternity suggest that the last occupants have suddenly disappeared. A gloomy-looking bellboy then leads us to our lift. Beware of the dizzy falls!

To end on a high note, let’s stop for a moment in front of the doors of Phantom Manor. Facing Big Thunder Mountain, the elegant Victorian building never ceases to arouse our curiosity. From the first moment we enter its abandoned garden, its aura of mystery envelops us. A fleeting shadow at the window, a shutter slamming, no doubt: this house is haunted. The armchairs immediately capture us and take us into the dark recesses of the manor, a silent witness to the young bride’s grief.

What about you? What are your favourite attractions?